This was meant to be a caption, but that format isn’t very adequate for this site. So instead, I turned it into a mini-story. 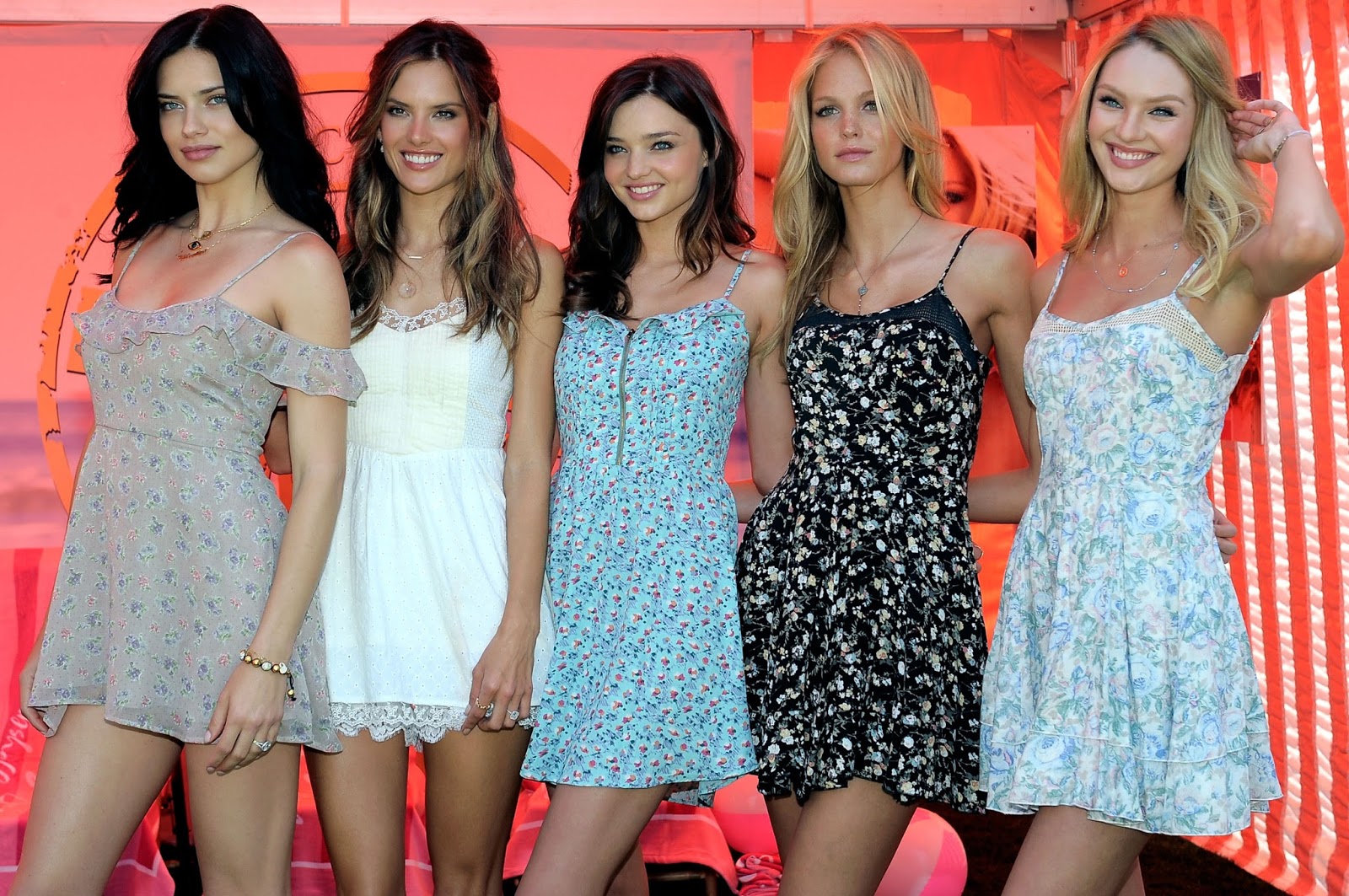 “Okay, this is still very strange, but we DO look totally hot like this,” said 12-years-old Suzie in her unfamiliar Brazilian accent and deeper voice. Her very long arms moved around and kept tugging at the tight clothes she was wearing. She still wasn’t used to her new body’s feelings. After all, it had only been two hours since she had unexpectedly found herself transformed into the supermodel Alessandra Ambrosio.

She and her four friends had been at her house playing video games when suddenly they all started to grow larger and develop into attractive grown women. Of course, they immediately realized they weren’t simply aging, but turning into exact copies of some of the most famous models in the world, the VS Angels.

Once the changes were over, the five young girls were all remarkably tall, so their clothes were torn and stretched beyond use. Confusion reigned for a while, as the new women yelled in panic and grabbed at their mature, fit figures. In just a few minutes, their horror started to give way to fascination and excitement. Suzie’s older sister had a few sundresses that would be more suitable for them, thought they were still a bit too tight and short for their supermodel physiques.

“Yeah, we do look hot. It’s so weird being a white woman, though,” commented Shauna. The girl had been turned into the very blonde Erin Heatherton, and that had proved as bizarre to her as suddenly having breasts. She wondered what her proudly black family would say, though she was glad she wasn’t overweight any more.

Lin had also changed races, but that hadn’t worried her at all. The skinny Asian girl couldn’t hide her delight since discovering that she had turned into the South African beauty Candice Swanepoel. She loved her new bright blue eyes and golden hair, and though she missed her Asian heritage, she wasn’t going to complain, not when she had gained what was considered one of the most perfect bodies and prettiest faces in the World. Her wide smile was infectious.

“Just enjoy this!” she said. “Wait until they see us at school!”

Zelda smiled, though she had to admit she was still scared. Unlike the others, she had been only 10, and she was only there because she was Victoria’s sister. She had been the only blonde in the group, though that had changed as she morphed into the raven-haired Adriana Lima. That had also made her go from being the smallest to one of the tallest –and oldest- of the group. Like Suzie, she had become Brazilian, and was surprised to find herself thinking in Portuguese. She could manage a very sultry-sounding English, but she hadn’t spoken too much, transfixed as she was by her own newfound beauty.

Victoria also remained silent, mostly because she was too afraid to accidentally reveal her secret. She also had a heavy accent -Australian, in her case-, and that took her by surprise. She hadn’t expected the transformation to be as through as that.

Just last week, she had found a few incantations that had caught her interest. One of them promised to reshape you into a perfect duplicate of another person, but you needed five subjects for it to work. That’s why she had gathered her best friends and little sister before casting the spell, but the catch was that the transformations would be random.

She had then chosen her five favorite supermodels, since she would be happy to end up as any of them. Victoria was very pleased when she realized she was transforming into the lovely Miranda Kerr, though. She had always thought she was incredibly beautiful. But her friends were no slouches either now, and Victoria felt impressed when she saw how poised her little sister looked as Adriana Lima, and how happy Lin was as Candice Swanepoel.

She had feigned ignorance with the others, and now she had to figure out when to cast a second, rejuvenating spell, which would throw them all back to their prime. As gorgeous as they looked now, Victoria knew some of them weren’t very young. Little Zelda was almost 40! She much preferred if they were all about 20 instead.

But of course, no one could ever know that this was her doing. Victoria’s Secret was one she needed to take to the grave. 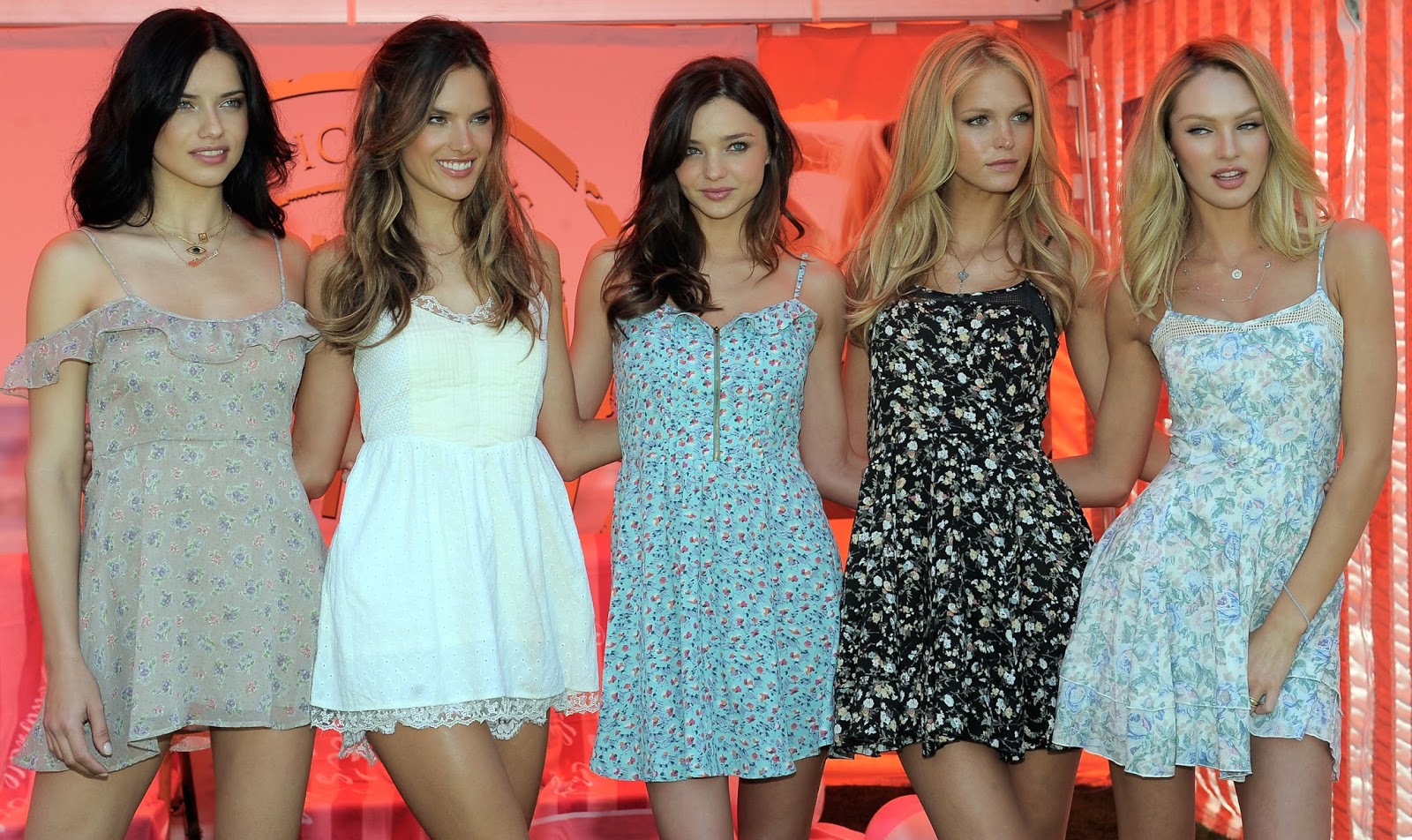 Previous
New story by Planet!
Next
Neither Girl, Nor Woman