The Cursed Ones (Chapter 6)

The alarming text that the 12-years-old girl received from Kenneth almost made her heart stop.

SABRINA, THE BITCH GOT ME. TURNED ME INTO A MAN AND NOW SHE’S COMING FOR YOU. YOU HAVE TO RUN. REMEMBER: SHE CAN’T GET TO YOU BEFORE MY SISTER FINDS THE COUNTERCURSE.

Now, Sabrina had always been a very confident young lady, and she was not prone to panic, but this message sent her into a shocking state of fright. Ever since she discovered her friends’ youth was being syphoned, she had felt anxious but weirdly safe.

This isn’t going to happen to me, she had assured herself once and again. Somehow, thigs will get sorted out before it happens to me.

Then, since this morning, she had fallen into a kind of peaceful acceptance. Maybe it’s my turn next, but how bad can it be really? It has worked for the other girls fine enough, I’d say…

Now, she didn’t feel either, just fear. She wasn’t sure she was untouchable any longer, nor could she quietly wait for it to happen. For the first time in a long while, she had no clue what to do.

Please, Jenny, find your answers quickly! I need you to do it before it’s too late.

Trusting in others. Yet another first for Sabrina.

She looked around, instinctively searching for her Mommy and Daddy. They had just gone out, after making her promise them she would stay at the house. After that, she had been relieved that they had left her, but now she wasn’t so sure.

The minutes seemed to go faster than ever. Before she realized it, an hour had already passed, and she still had no news about Jenny or the others.

Then, when the telephone finally rang, she actually jumped and shrieked. Her heart on her throat, she ran to pick it.

“Jenny? Did you find them? Can they help us?”

But the voice that answered wasn’t Jenny’s. It was a woman’s too, but this one sounded threatening and scary.

“Your time is up, little girl.”

Up until that moment, Sabrina hadn’t know that she was capable to produce such a blood-curdling scream. She let go of the earpiece, then ran away from her room as quickly as she was able to.

The hallway seemed impossibly long. And at the end of it, she saw her: Agatha, now a beautiful but terrifying young woman was painted on the oil portrait that had always hung in there, and that had usually featured a non-descript meadow. 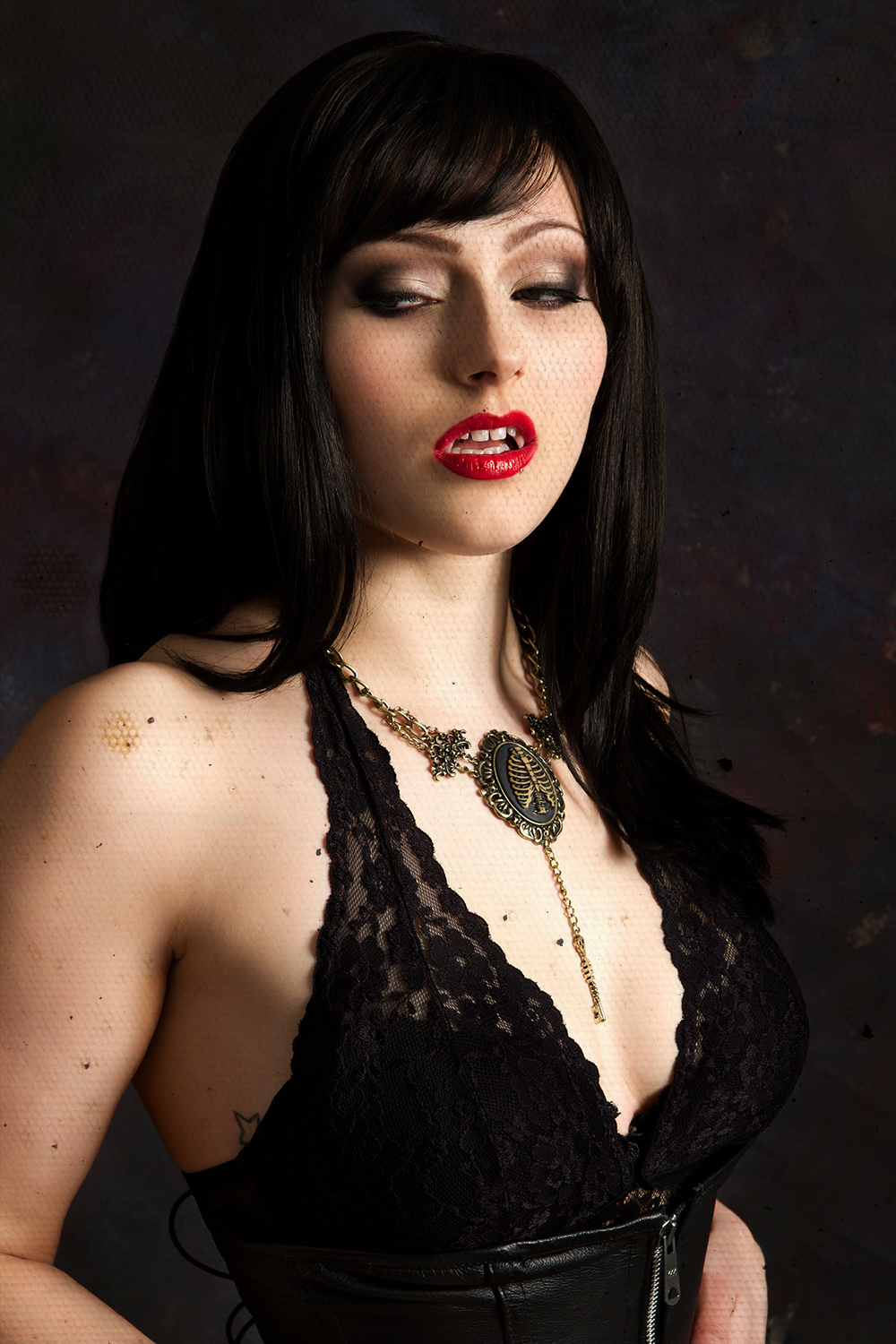 The painting was alive. The woman turned her neck to smile evilly at Sabrina, who was frozen in there. Then, Agatha actually started to crawl out of the frame, her limbs contorted unnaturally.

Sabrina regained control of her shaky legs and ran as fast as she could towards the opposite end of the hallway. She didn’t dare to look behind her.

The girl almost threw herself down the stairs, in a desperate attempt to outrun the witch.

I’ve got to leave the house. She won’t dare to attack me in public, would she?

She saw the keys of her Mom’s old car in the tin vase where they usually were, and Sabrina wondered if she could actually manage to drive into town. She slammed the house’s door behind her, though she reasoned it probably would make little difference to a ghost, or whatever Agatha was.

Sabrina reached the car and locked herself. The safeties were down, and she inserted the key on the ignition. The car roared to life, and so did her hope that she could actually escape this.

Then she felt it again. A cold running down her spine. She turned her head and saw her pursuer sitting right next to her in the copilot’s seat. However, out of breath as she was, Sabrina couldn’t scream this time. She just stared horrified and tried to get out, but the doors wouldn’t budge.

“There’s no escape from me, my pretty.”

Agatha smiled again, almost tenderly, and for the first time, Sabrina noticed that the witch was heavily pregnant.

“Courtesy of your friend Kenneth’s seed,” she said. “Do you see what this is all about now? My daughter was taken from me, but now she’ll live again. I needed a man for this to work, and luckily he turned more than alright. You’ll probably want to give him a try after you become a woman.”

“No… Please spare me,” begged Sabrina, finally finding her voice.

“Spare you? You? But my dear, you’re the one I’ve been waiting for. You were the reason all your friends got into this mess in the first place. Why would I chose to spare you?”

“I’m not,” said the witch with simplicity. “Thanks to you I’m alive again, and so shall be my child.”

Agatha clawed the air between them and Sabrina started to contort as her youth was being drained from her body.

The young blonde girl gasped for air, pain already taking its toll on her. It was at first centered on her privates as they matured, her panties tightening just a bit as she became fully adult down there.

Then her body stretched as it became lengthier. Long, shapely legs were extending down her skirt, and her back widened and tore the fabric across it. Her sandals were pinching badly, but she wasn’t able to remove them in her agony.

New, full breasts emerged on her chest, bursting out of her black dress, and her now womanly arms and fingers worked their way to try and cover them. She checked her reflection on the rearview mirror and was shocked at the alluring 24-years-old woman she was becoming. 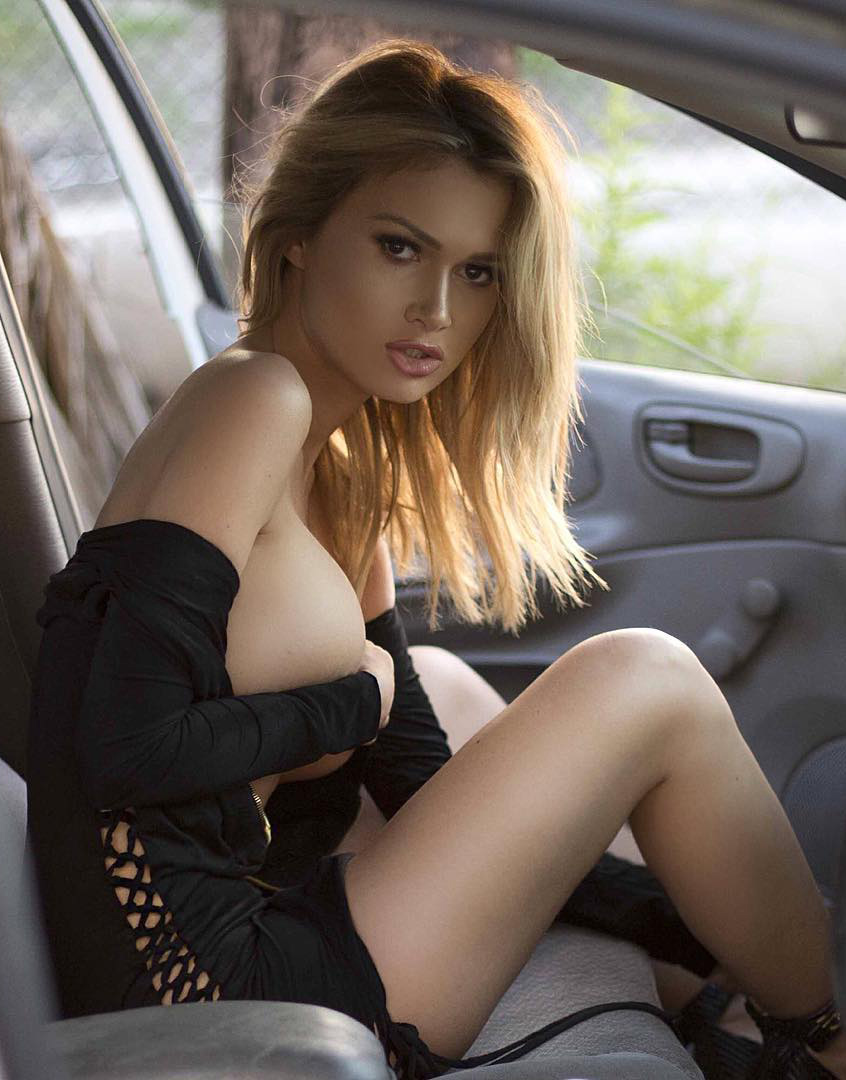 As her dress almost gave up, she tried to open the car’s doors again and was shocked to see they complied this time. She didn’t take another look at Agatha, who had been laughing in pleasure, youthening visibly. Still in mid-transformation, Sabrina struggled her way back to the house.

She was fully naked when she arrived to her parent’s room, and she put on the first pieces of underwear she found on her mother’s closet.

The pain was seemingly gone. She looked down at her curvier body, shaking badly, producing brief, womanly moans. 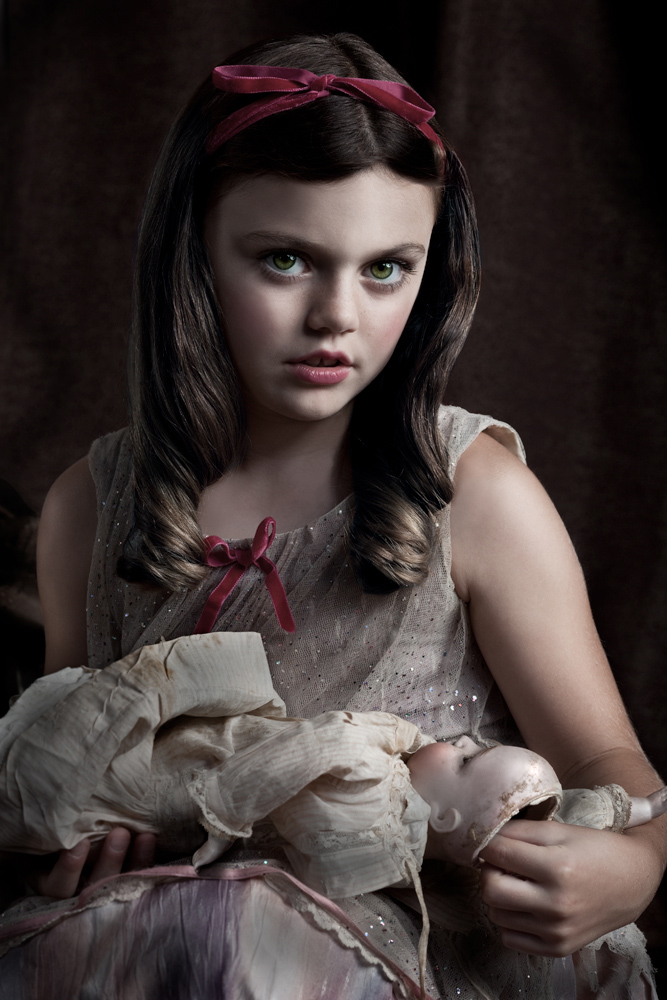 Sabrina looked up and saw a little girl of 10 standing at the door. She was pretty, she guessed, but she looked… evil, unsettling. Her green eyes and dark hair were quite telling of her identity. And, of course, she wasn’t pregnant any more, just holding a porcelain baby mock-up.

“Back to my true form,” Agatha said, resigned. “This was the only way to break my curse, though I must admit I’ll miss womanhood. Now it’s yours to enjoy.”

“But… What about your baby?” asked Sabrina, not sure why she felt so worried.

“Oh, that’s the other thing. I needed a man to have my child, but I also needed a woman…”

Sabrina looked down as pain returned to her, this time focused on her womb. She was dumbfounded as her narrow, trim belly started to balloon out. She could feel milk filling her breasts as they grew larger, but more than that, she could feel the life that was now growing inside her. In a minute, she was as pregnant as Agatha had been.

“Take good care of her,” said the creepy little girl in front of her, and when Sabrina looked at her, for the first time she didn’t see evil. The child just looked sad and regretful. “Raise her well. Everything I touch, I destroy. I just would mess her up. So I have to give her up in order to save her. You will do it, will you?”

Sabrina felt compelled to nod. She couldn’t say why, but she was sure she would try and do her best with this new responsibility. Agatha turned back and walked out of the room.

Truly feeling like a woman and a mother, Sabrina touched her pregnant abdomen and smiled. She felt happy, as perplexing as that sounded. 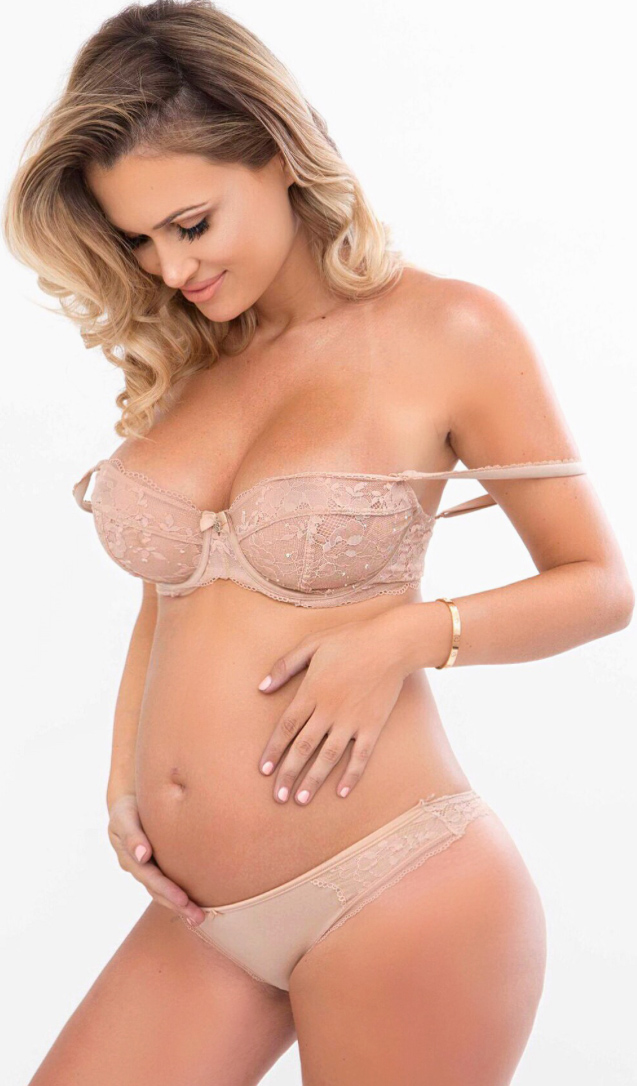 Previous
Sunday’s Comic
Next
A Gift of Traits