The Cursed Ones (Chapter 3)

“Our problems are getting bigger, and fast,” said Jenny as Sabrina entered the bungalow next morning.

She gestured to the opposite side of the room and Sabrina saw two unknown women. One of them was a shorter but very busty redhead. She was helping the other one, an adorable and younger-looking blonde, to do her makeup. The second girl looked very smug during the process.

“Are those… Barbara and her little sister?” asked Sabrina, incredulous at the fact that 9-years-old Melissa now almost doubled her height.

“Yep”, confirmed Jenny. “We had all assumed that only one of us would change each night, but it seems that’s not the case. Which means our time is running out much faster than we thought.”

Sabrina nodded absent mindedly as she got closer to the new pair of grown-ups. A very enthusiastic Isabel was also sitting close-by. 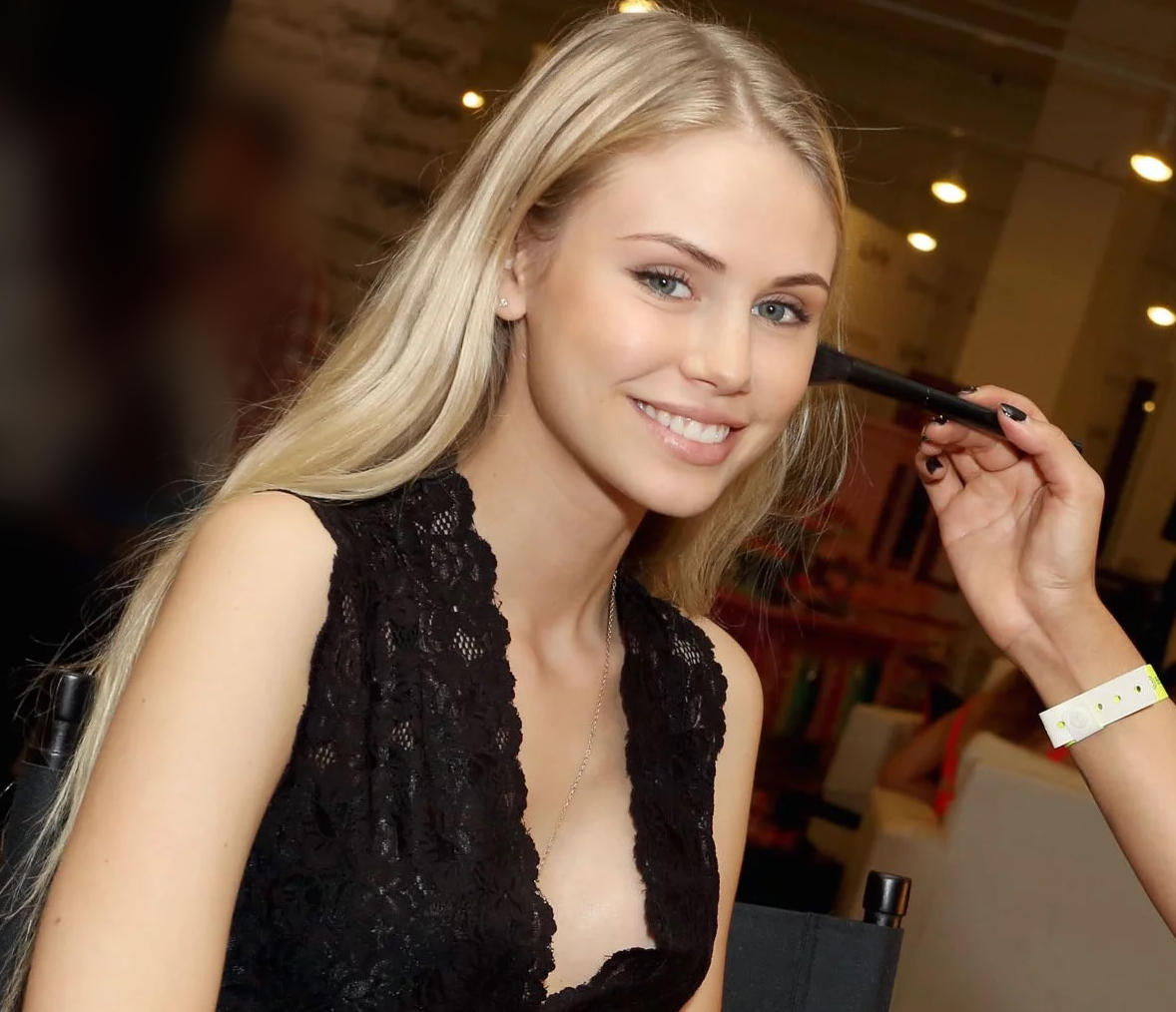 “Thanks. I must admit we were very scared. Well… I still am. But maybe you’ve got a point, Isabel. There are perks to this thing.”

“This has to stop! That thing is robbing us our lives! We need to trace the origins of that curse.”

“Good luck with that. I personally need to get back to my parents’ before they freak out.”

Fortunately, Jenny was resourceful girl. She had managed to avoid her parents close scrutiny –which had reached new sky-high levels after the disappearance of Barbara and Melissa had been discovered- thanks to the age-old excuse of having to go to the library to finish her homework (which was indeed overdue).

Of course, her father did insist on accompanying her and waiting outside for her to be finished, but it was no problem at all: she really intended to go to the town’s old library.

Obviously, instead of researching about her homework’s subject, she intended to find all she could about the Hannigan family and their house in the archives. It proved to be long, tedious work.

Gladly, it was also fruitful to a degree. After a couple of hours, Jenny had been able to find the identitites of the house’s last occupants. And she was surprised to find that they had been there only 30 years ago. Somehow, she had assumed the legends of the curse were much older.

“Plus, I guess they had a very old-fashioned taste in decoration,” she thought, remembering the aspect of the House.

She also managed to find a picture of the Hannigans taken at the time. Jenny studied the three people: the elegant, mustachioed man; his thin, severe-looking wife; and their dark-haired daughter: she couldn’t be more than ten and she looked pretty on her dress.

Then, a newspaper article reporting the brutal murder of the Hannigan couple at their house and the mysterious disappearance of their child.

“No wonder people avoided that place. I guess that’s when the haunted house rumors started,” Jenny thought. Except this time, the rumors were true.

So who had been the victim of the second murder, the dead old lady they had seen during their incursion? Mrs. Hannigan had been deceased for three decades. Could that be the daughter, who had somehow reappeared and returned to the house?

Jenny knew that was impossible. The numbers didn’t add. If the girl was still alive, she would be about 40 at the most. The corpse they had seen was ancient.

So maybe the old lady was an evil spirit indeed. Had she murdered the Hannigans all those years ago? And maybe the girl had disappeared because she had been aged by the crone, like Jenny’s friends had?

With all those questions in mind, Jenny found the final piece of relevant information that the library would offer. The name of man who had worked as a gardener at the Hannigan House at the time of their murder: Andy Laverne.

Now, that was someone who Jenny knew. Everyone in town did. He was the well-liked man who owned a gardening store across Jenny’s house. Her parents were close to him, and she wondered if she would be able to sneak there to ask Mr. Laverne a few questions. Not that he could say much, probably.

Jenny left the library and got into his father’s car. He had indeed parked in front of the building waiting for her. As she put on the safety belt, she caught her 13-years-old reflection on the rearview mirror and wondered if she would truly become an adult in a matter of days at the most.

She was very self-conscious about her appearance nowadays. Since she had memory, she had grown used to people commenting on what a cute little girl she was. That had changed in the last two years, since puberty had slowly started and turned her from adorable into awkward.

Jenny wasn’t very tall yet, but her suddenly enormous hands and feet hinted on her final height. Right now, they were simply ungainly. Her body was extremely thin, not a curve on sight yet. Her once pretty face hadn’t yet settled on its final configuration, so she had large ears and a nose and mouth which didn’t match well with her features. Acne had also appeared recently. Not to mention the corrective glasses and the braces she had been forced on wearing.

In all, the former second-grade parade’s beauty queen had lost all her looks. Her beautiful mother was quite confident that it was only a transitory phase. Apparently, it had also happened to her.

“Teenage years are awkward for most,” she had said. “One almost wished one could skip them. You’ll be a swan again when this is over.”

Jenny wondered if it would work that way for her, and if the curse could actually bring a positive change in her life. She remembered how eager Isabel was to transform, and pondered if her friend was actually right to feel that way.

Isabel, on her part, had no trouble staying at home as her parents had asked.

She still wasn’t afraid about this particular “curse”. If anything, she was eager to be affected by it. She desperately wanted to be the next one.

Pacing in her room, she couldn’t wait for night to fall.

Despite her confidence, she still jumped and shrieked when the lights dimmed and a dark figure materialized in front of her. She wasn’t expecting her during daytime.

The crone was standing right in front of her, dressed in black. She wasn’t an old woman any longer, but middle-aged. She was 50 at most, and she had actually regained some good looks.

“So… I understand you were anticipating my visit. It seems you’re the only one among your friends who sees this like a gift and not a curse.”

Isabel wanted to answer, but she couldn’t muster the words. She was still frozen in fear, despite her original intentions. She just nodded hastily.

“That’ good, that’s good. You don’t have to be afraid. Maybe you’re not that different from me. I somewhat agree with your view.”

The girl gulped. Somehow, she feared she was about to change her mind. Maybe she wasn’t ready to grow up after all.

“I’ll take your youth as a gift for me then, giving you adulthood in return as my present. For your willingness, you’ll be rewarded: You won’t feel any pain as you age, only pleasure.”

Was Isabel supposed to say thanks, maybe? If so, she still couldn’t answer. But then the witch touched her forehead and Isabel fell on her knees.

It wasn’t pain. The woman had been true to her word. But it was very overpowering nonetheless. It started as a tingling sensation all around her, which increased until it was overly intense.

Isabel trembled as she started to grow. It was indeed pleasurable, she thought, and she felt a pang off guilt when she thought that all her friends had suffered while undergoing the transformation. But as she grew taller and older, her thoughts completely centered on her own form.

The young Colombian girl’s dark blonde hair became longer and wavier, undoing the ponytail she had and cascading over her now teenaged face. Her flesh started to expand too, quickly bestowing her with a rounded backside. Then her chest also started to swell.

“Ahhh! ¡Me están saliendo las tetas!” she yelled in delight.

She tried to take off her clothes, but her hands were trembling too much. Anticipating her changes, she had put on some of her mother’s underclothes beneath her regular nightwear, but the light blue blouse and short she had over them were straining over the pressure of her growing body. 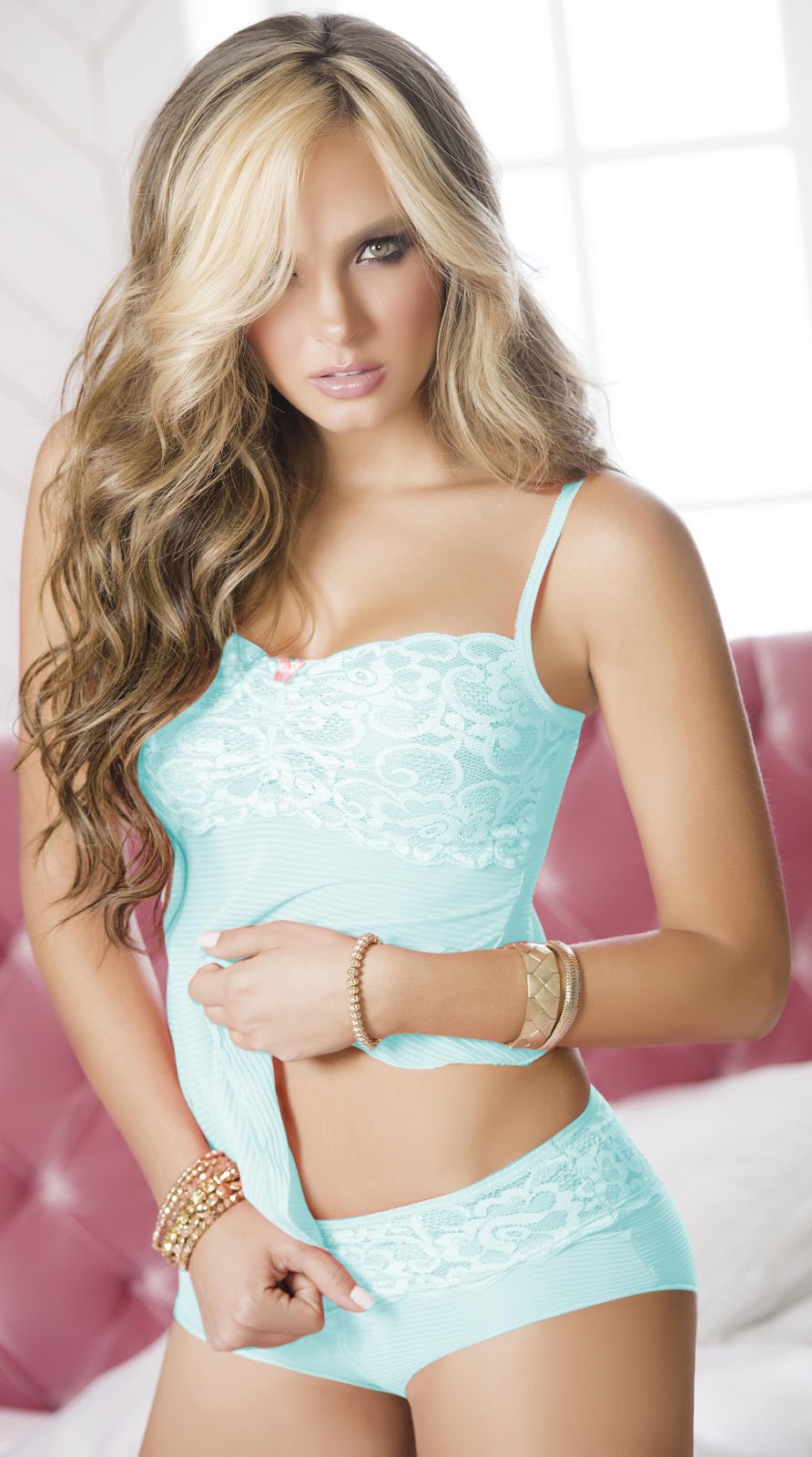 Making an effort, she got back on her feet in order to catch a glimpse of her adult reflection. She thought she looked really good, and the metamorphosis was slowing down. Still shaky, she removed her pajamas and looked at her undressed self. The panties were a great fit, but her breasts had grown a bit more before the end, straining her mother’s flesh-colored brassiere a bit.

“¡Se pusieron grandísimas!” she muttered, cupping them, before using her longer fingers to brush her hair aside.

Her face was beautiful and her body toned, but not bulky, as her best friend Daniela’s had become. She was pleased with the result. 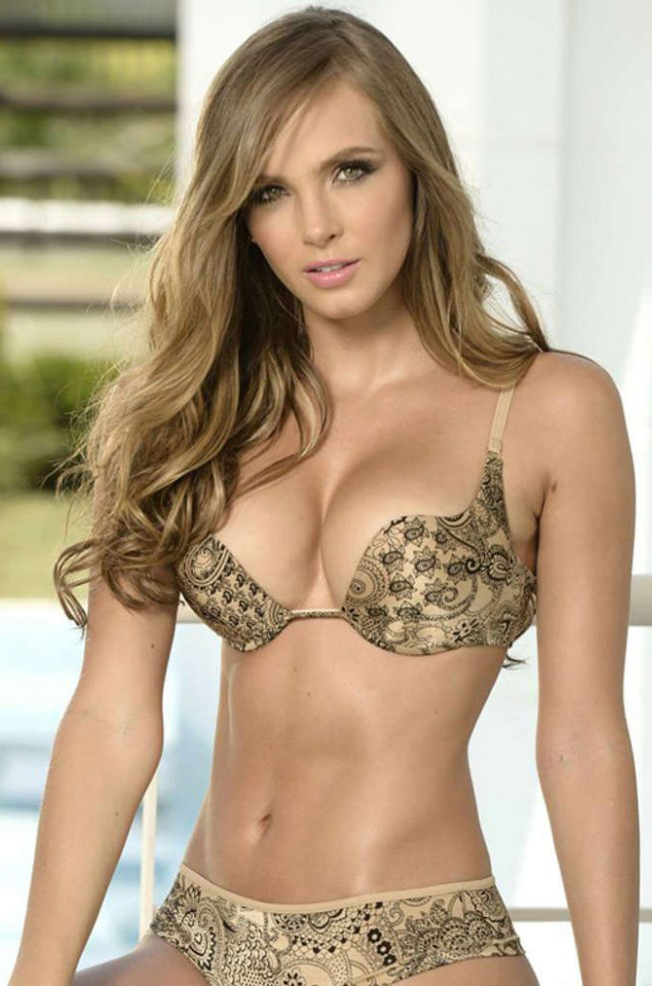 She turned to see the witch, but she was already gone.

Adult Isabel wasn’t overly tall, but she still found it difficult to move due to her new proportions. Anyway, she relished on the sensations as she walked towards her sister’s room in order to ready herself. She wanted to make an impression on her friends when they saw her 23-years-old self for the first time. 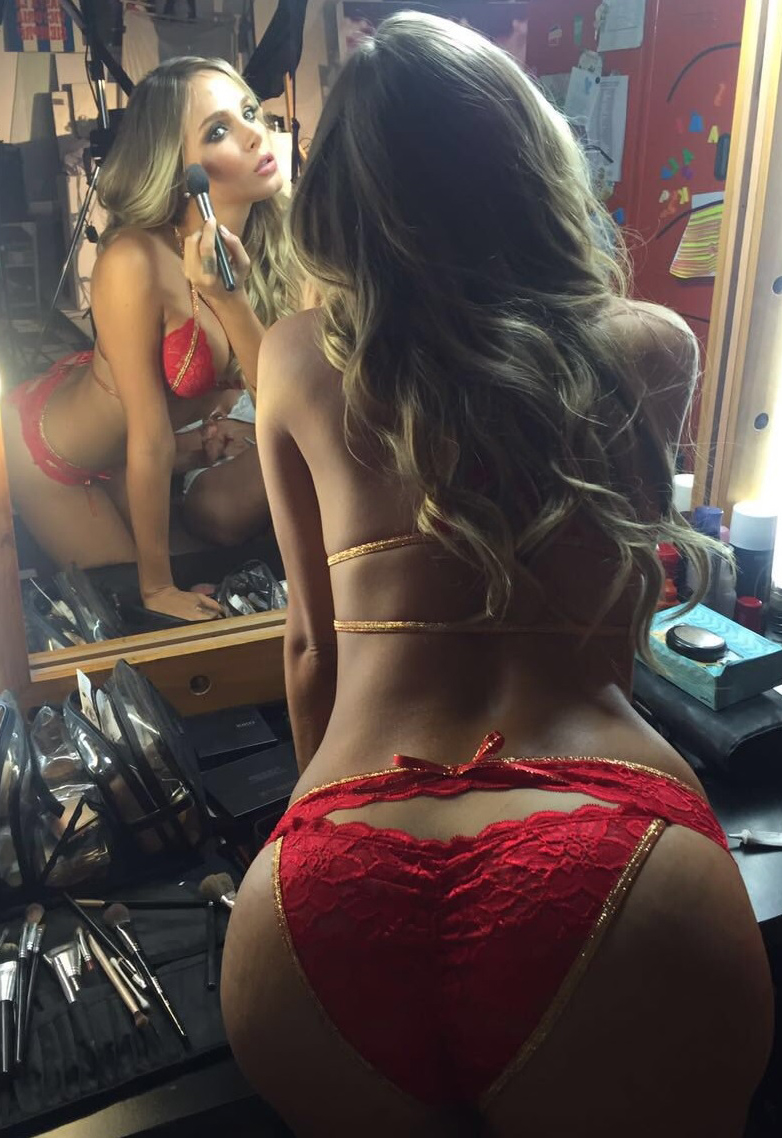 Always eager to grow up, Isabel had been practicing with her sister’s makeup for months, so she had no trouble doing it now, even with the unfamiliar shapes of her face. Feeling heavy, she rested her weight on the table, her enlarged butt sticking behind her, clad in the sexy red lingerie she had changed into.

She was so engrossed in her self-admiration and pampering, that she suddenly realized with a start that it was getting late. Her parents would be home soon.

Putting on some of her sister’s workout clothes, she hurried to pick her bike and rode towards Sabrina’s bungalow.

Her bike felt small, and her balance was off. Her new body had altered her center of gravity. The excess of padding on her seat was disconcerting, as was the weight of her breasts, but she also found that her thicker legs were much stronger and made the ride easier, despite her other troubles.

Totally worth it, she thought, eager to show her changes to her friends.