Connie was putting the laundry on her daughter Madison’s room when something entered through the window and crashed over the bed, giving her a start. Looking carefully at the object, she saw it was a small box.

She ran towards the window, trying to catch whoever had thrown the cardboard missile into the room. The street was mostly deserted, but in the distance she could see the extremely long hair and very attractive figure of their neighbor Jessie. Everybody knew who she was, not only because the twenty-something young woman was incredibly beautiful, but also because she jogged around the place every day, keeping her athletic body in shape. Yet, in the back of her mind, Connie could somewhat remember that Jessie had spent some time in a wheelchair, or something like that.

Pushing her young neighbor away from her thoughts, she centered her attention on the box again. She opened and saw a folded piece of paper that said “For Madison”.

Connie wondered if her 12-years-old daughter had a secret admirer at school. Or maybe it was a childish joke. In any case, she wondered if she should read it. On one hand, she felt like she was disrespecting Madison’s privacy, but on the other hand, this was a way to know if there was some kind of trouble with her.

But the hastily written note inside the folded paper wasn’t a love letter, nor a bullying, threatening message. Instead, it was some nonsensical chain mail about some stupid magic thing which, obviously, made no sense at…

“Hey, what’s happening?” she asked aloud, noticing her body was indeed changing, much as the note had said it would.

She felt an overpowering sensation in every cell of her being. Quivering, she sat on the floor of her daughter’s room, witnessing in shock as she swiftly transformed.

It felt great, she had to admit. She hadn’t felt this much energy in years. It was as if she was getting younger. Her skin was pulling firmer, her flesh getting stronger. Her mom-styled, slightly graying hair, grew long and deep brown again, much shiner than ever.

Connie could notice that she was getting taller too. Her legs were elongating impressively over the floor, as was her torso and arms. Her jeans ripped as she gained length, but they also became skinnier as her limbs did the same. Her shoes changed into very high stiletto heels, matching the sexy profile she was getting.

She could swear she was indeed losing age, as her hands got smoother. Her nails became crimson in a second, and jewelry popped on her wrists and collar. Her blouse transformed into a skimpy, plunging piece that barely covered her small and sagging chest.

Connie’s remaining fat vanished completely. Her deep neckline revealed her new narrow and fit stomach, and her breasts firmed up and swelled on top. Her face regained years of its youth, and then it was over.

Where a 48-years-old housewife had been, now there was a sexy woman with an impressive figure and a revealing attire. She looked to be in her early thirties at the most. 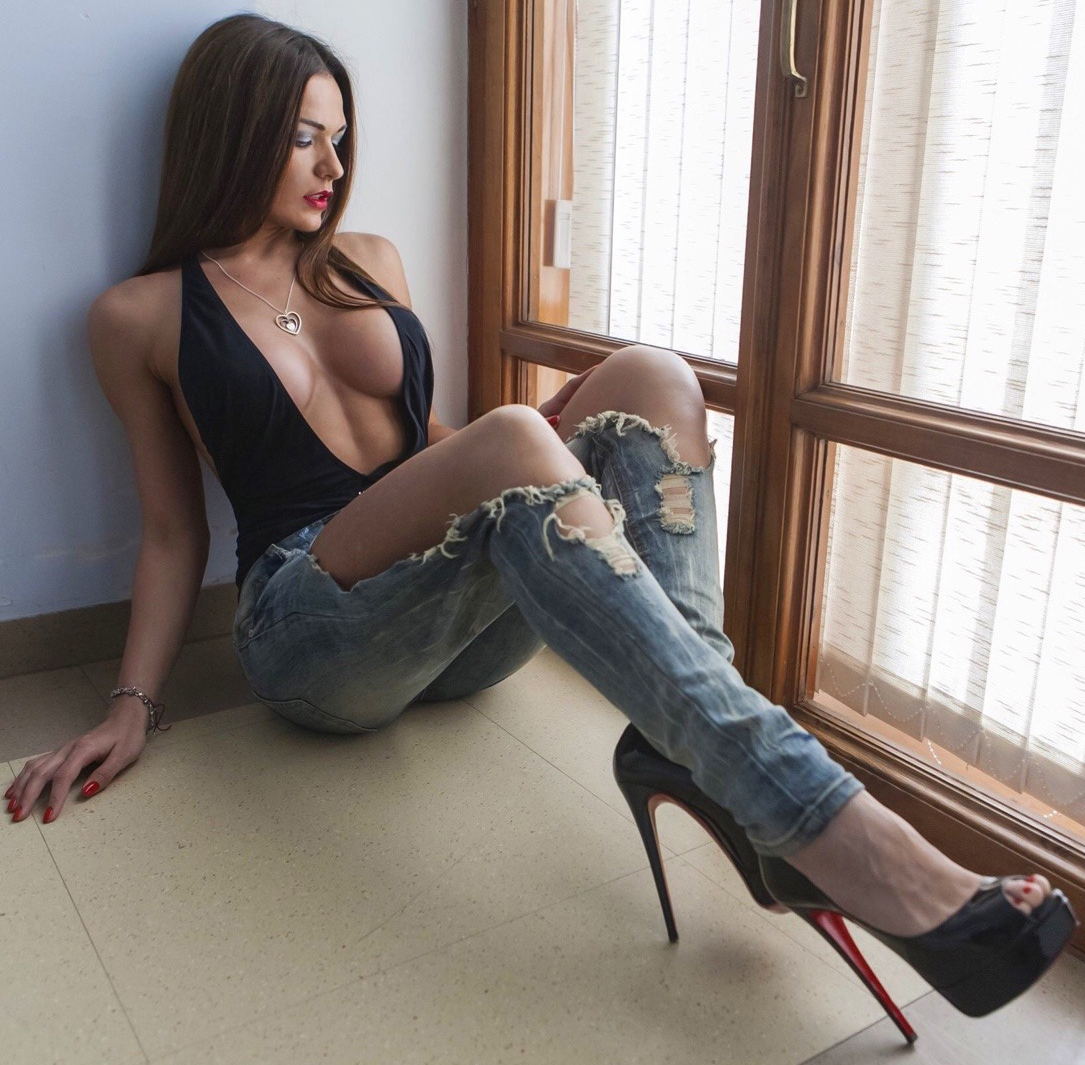 And she felt great. Perfect.

Connie allowed herself a few seconds to recover after her transformation, but after a few deep breath, she got on her feet, surprised at how limber and energetic her body was.

She looked at her reflection. She indeed appeared to be younger, but she looked nothing like she ever had. This was a much improved version of herself.

“The note… it was real.” Even her voice had changed.

With a start, she realized that this gift had been intended for her daughter Madison and not for herself. She felt ambivalent about that. On one hand, she was glad that her little girl hadn’t been the one who had suddenly been transformed into a sexed-up young woman. That would have been a disturbing notion.

But this was much more than being beautiful, Connie realized. This was health. Strength. Even intelligence (she could feel her IQ had also improved). It was, in short, perfection. And someone, maybe destiny, had intended it for Madison. And she had taken the opportunity out of her hands. It was unfair.

Then again, Connie realized Madison could still get the gift. The message had to be passed on, and her daughter was downstairs, in the backyard. The note could still make its way to her.

Connie simply erased the part that said “You’re the eight reader” and changed it by “ninth reader” before going downstairs, feeling wholly comfortable in the high heels she had never used before.

She hoped that she was being a good mother, and that, if she was about to rob Madison from her childhood, what she would gain would be worth it.