It had been long since the readers of the message had lost track of how much time had passed since the chain had started, but due to the many delays that had ensued, there were only a little under two hours left when the eleventh reader, Hannah, received it, again in the form of a text on her phone.

She had just entered the bedroom she shared with her identical twin sister, Emma, and luckily, she didn’t lose much time in checking the message.

Hannah had barely time to comment “Emma, come see this strange text I’ve received”, when the changes started to take over her little body.

They had both being as identical as twins could be, and sometimes even their parents had a bit of trouble telling them apart, but now Hannah was about a head taller than her sister, and it didn’t seem as if her growth was stopping.

“What is happening to me?” she asked.

“What do you mean? Do you feel ill?” wondered the confused and worried Emma.

“No, can’t you see?” asked Hannah, looking way down at her sister’s eyes. “I’m getting like… bigger. No, no, I’m getting older!”

She had just realized that her preteen body was going through some kind of accelerated puberty. Her hips were getting wider and her legs shapely. Her small buttocks swelled like crazy, becoming round and large.

“I don’t understand. Nothing is happening to you,” pointed Emma, puzzled.

“What! How can you say that? Ahhhhhh!” Her chest inflated, bestowing her with breasts as big as her head. “Look… I just grew boobs! Huge ones!”

“What? No, no, they’ve just developed!” cried Hannah, as her short black pigtails grew longer and past her shoulders.

She could see her reflection. She no longer looked anything like Emma. Her features were shifting into the mature face of a sexy woman, all in top of a body that was curvy to the extreme… just as she had fantasied she could get one day.

Her clothes were about to explode, but then they morphed to match her mind blowing figure. The changes then stopped and she stood there, twice as tall as Emma.

Hannah shook her head. With all the shrieking, she hadn’t noticed her voice had changed too, but she became aware of it once she spoke again.

“I just transformed into an adult and you didn’t even realize. We were twins!”

She took her phone and opened the mysterious message again. 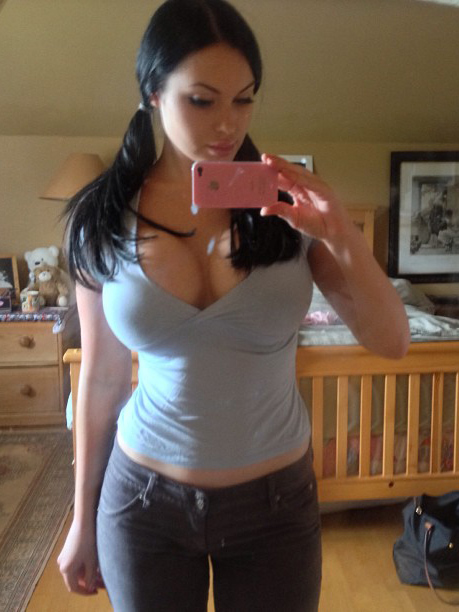 “Here, read this. This will make you understand. Though probably, it will transform you too…”

Previous
Site update and new comic!
Next
A Short AR sequence for ya’ all