Well here is the day, Christmas has been arrived to all of now, at least for those who are celebrating it! I hope all of you have a great time during the Holiday(s) and can spend some time with your loved ones. Just like last year, we have prepared with a little something for you this Christmas as well! Our very talented author Lostandwhatever  put something together for us.

I’m sure many of you know Lost  since he gave us many tales & stories during the past year what many of us enjoyed! I certainly did since I got inspiration from Lost’s  works and I’m very proud to have him in the AgeArts Writers Group! When I asked him if that he could make some “darker” tale for us I never ever thought, that he will gave us such a story! I would even thought about it in my dreams that he will bring us a Christmas tale!

When I first red “Mary Christmas”  I was amazed! He did it again! I have to say it was really a pleasure to turn one part of the story into a comic! So now… We are presenting to you “Mary Christmas”  what you can read here , or if you scroll down one post! Also, you can find the comic in the Gallery what is called: “Toy #3: The Gift Stick”! I recommend to read the story first than the comic since I had to make some small changes in the visuals!

Anyway, if you like darker tales, and MANY (and I mean various) transformations, that “Mary Christmas” is your story!

We wish all of the baby boys & girls here Happy Holidays! See you later this week!

Twas the night before Christmas, when all through the house

not a creature was stirring, not even a… a… Uh, crap…

What’s something nasty that rhymes with “house?” “Louse?” That could work.

Twas the night before Christmas, when through each city

a strange creature was stirring, to make life shitty.

Well, at least it’s true. There is a strange creature stirring: me. I’m an Elf. I’ve been fired… on Christmas Eve no less! And, I plan on fucking up Christmas royally.

Well, besides being fired, Christmas just pisses me off. Let me explain. (Settle in. My villainous backstory is going to take a minute, but hang around. It’s a good one.)

My name is Mary.

A Gift of Traits

While you guys waiting for the new stuff, Planet would like to share a short Christmas tale with you! I’m working in the background all day long to give something great out of my hand. In 2 days my family will be together again so I won’t have the time to work that much but I wish to post you during Christmas time! – bela04

There’s still one more entry before The Cursed Ones is over, but since there was a one-week delay with the posting, and I wanted to do something for Christmas, here’s a micro-story. – Planet

A Gift of Traits

Coming from a family of witchcraft practitioners had its advantages. For instance, every Christmas, instead of just getting boring clothes or toys, Stacy had received a magical gift. No other kid in her class had ever obtained a flying pair of shoes, or a talking owlet.

This year, though, it was her first Christmas after turning sweet 16, and that was always a special one for kids in her family, for instead of the usual gifts, they were awarded with new traits to improve their forms and lives.

The transformation had been very pleasant. Opening gift box after gift box, she had morphed heavily, up to the point when she was almost unrecognizable as herself.

And she loved it. She almost wished the holidays would be over already, so that she could show her classmates her new and improved self. It would be hard to explain, of course. But they would be bound to think that she had a growth spurt and a major makeover over Christmas break. After all, the existence of magic wasn’t known by most people.

Stacy didn’t even appear 16 anymore. She hadn’t gained any additional years, but her other gifts gave her an air of maturity that made her look and feel like a young woman instead of a teenager. 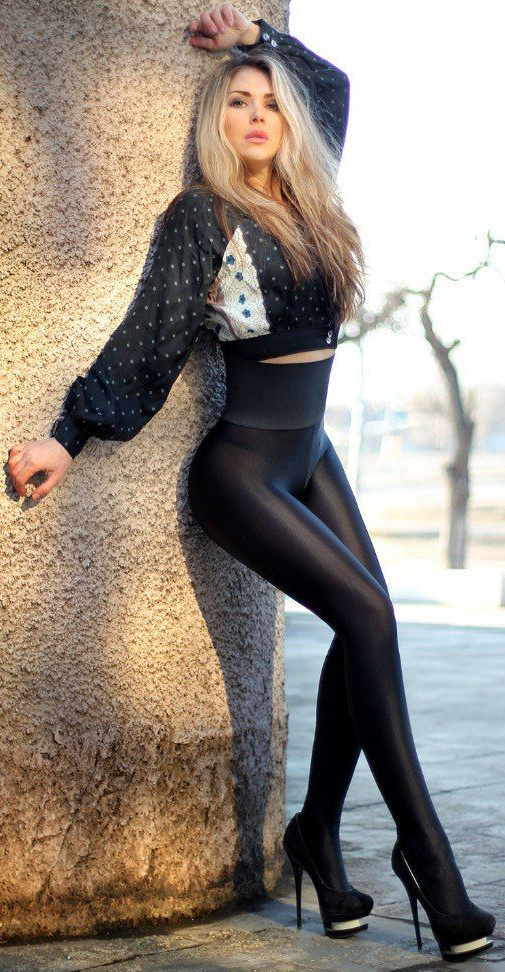 The new face that her grandmother had given to her did most of that, but the rest of her body also helped. After opening her uncle’s present, she had grown very tall, until she hit 5’10’’, quite a difference from her usual short self.

She blushed a bit when she remembered the next box, from her mother’s, which had bestowed her with large and round breasts which now were pushing under her sweater on her formerly flat chest. A lot of presents had followed, from a sultry voice and an athletic physique to her longer blonde hair.

Stacy’s favorite gift, though, had been her brother’s: he had given her an amazing pair of long and shapely legs. She couldn’t wait until winter was over to have the chance to flaunt them in a skirt.

Then there were the many new abilities and knowledge that had flooded into her brain, and which she still needed to sort out. Some of the traits weren’t visible, but had granted her physical, intellectual and even artistic skills. Even her personality had been tweaked a little, since she had been made more confident, though she needed some time to fully embrace that new side of her.

In all, Stacy had a fit of laughter when her best friend texted her:

OMG! Can’t wait to show you! My parents got me a Nintendo Switch this Christmas! I’m sooooo lucky!

The Cursed Ones (Chapter 6)

The alarming text that the 12-years-old girl received from Kenneth almost made her heart stop.

SABRINA, THE BITCH GOT ME. TURNED ME INTO A MAN AND NOW SHE’S COMING FOR YOU. YOU HAVE TO RUN. REMEMBER: SHE CAN’T GET TO YOU BEFORE MY SISTER FINDS THE COUNTERCURSE.

Now, Sabrina had always been a very confident young lady, and she was not prone to panic, but this message sent her into a shocking state of fright. Ever since she discovered her friends’ youth was being syphoned, she had felt anxious but weirdly safe.

This isn’t going to happen to me, she had assured herself once and again. Somehow, thigs will get sorted out before it happens to me.

Then, since this morning, she had fallen into a kind of peaceful acceptance. Maybe it’s my turn next, but how bad can it be really? It has worked for the other girls fine enough, I’d say…

Now, she didn’t feel either, just fear. She wasn’t sure she was untouchable any longer, nor could she quietly wait for it to happen. For the first time in a long while, she had no clue what to do.

Please, Jenny, find your answers quickly! I need you to do it before it’s too late.

Trusting in others. Yet another first for Sabrina.

As Christmas is coming, most of us think about hapiness, helpfulness or just being kind to each other in the family and to other strangers… But during the year it’s hard to remember, to not forget being helpful for the others and sometime even a single word or act could change a life….

As we can see here, this woman didn’t even wanted to take that “small step” and for her misfortune, she had to learn things on the hard way… Please welcome: Tampon!

I’m back, I’m still alive! I’m sorry that I don’t give you too much comics these days, I don’t have an excuse, it’s just the upper case word: LIFE! So let’s look ahead into the future, what is waiting for you? Well, first, we have a nice comic what was made by an idea of ARWander!  You’ve got a nice male AR with a cute tale! Hope you will all like it! With 45 pages it should be enough! 😉

Other than that, you can expect another Comic from me on Sunday, as well as another one on the next week and a new Premium comic! This time I tried to make something new and try something around the Sci-Fi era! We are also making a Christmas comic, this month – yes we didn’t forget about it – and probably a nice story for it!

Planet  is almost at the end of the story called: “The Cursed Ones”  so you can also expect that!

As for the vote, I think I can say, that everybody who wanted to vote are done with it so as I see it, the Miracle Cosplay won! So I start to set up and gather some stuff for it, to have prepare for it!

The Cursed Ones (Chapter 5)

Sabrina and Kenneth were perplexed. They were the only ones left, and their only question was which of them would go next.

Kenneth was particularly upset, since the last victim had been his sister, and his parents were incredibly affected. At least, unlike his worried Mom and Dad, he knew that Jenny was alive, though she had lost a decade of her life. 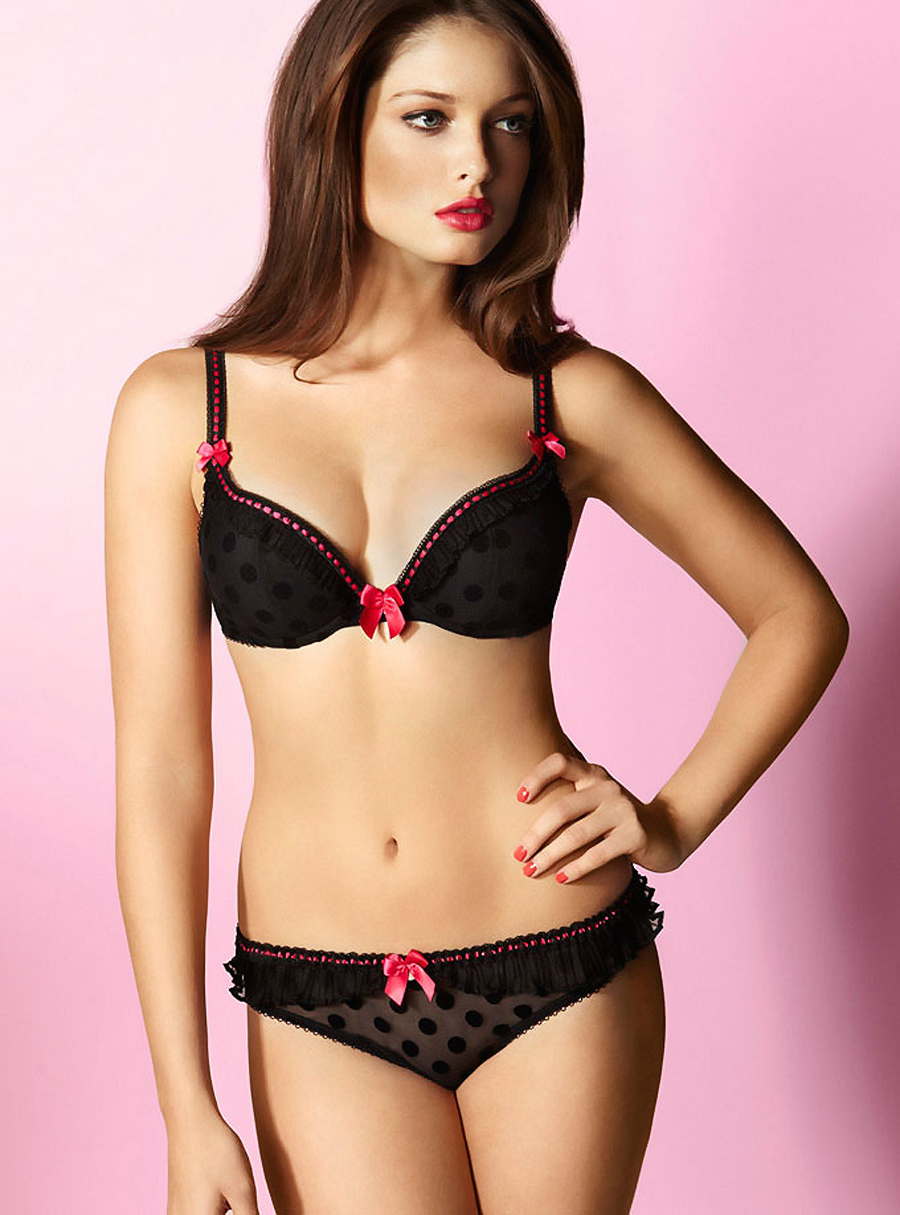